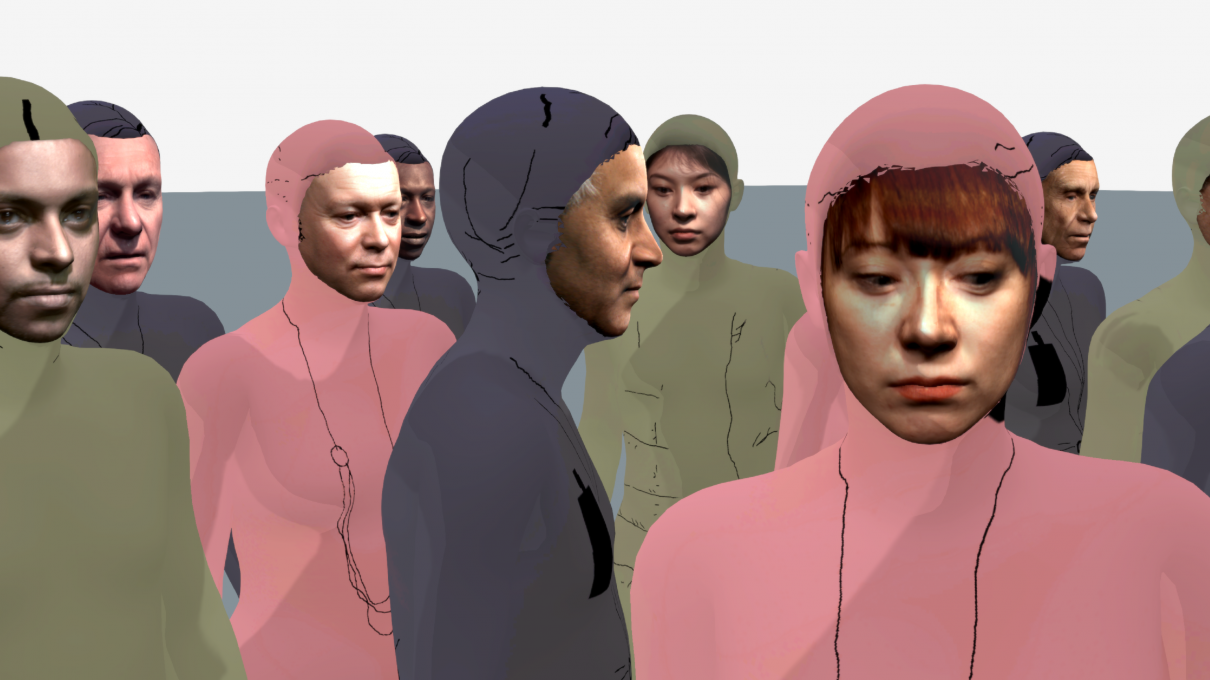 Captured is a participatory installation that captures your likeness to release it as an autonomous avatar into a virtual crowd. You become an actor and spectator in a scenario where individual freedom is taken over by collective instincts. The doubles are avatars in a simulation depicting an unsettling cyclical performance of ritualized social humiliation, each becoming a character in one of the groups making up the bullying triangle: the Bully, the Target or the Bystander. How does the behaviour of the virtual collective affect the relationships in the audience in the real world?