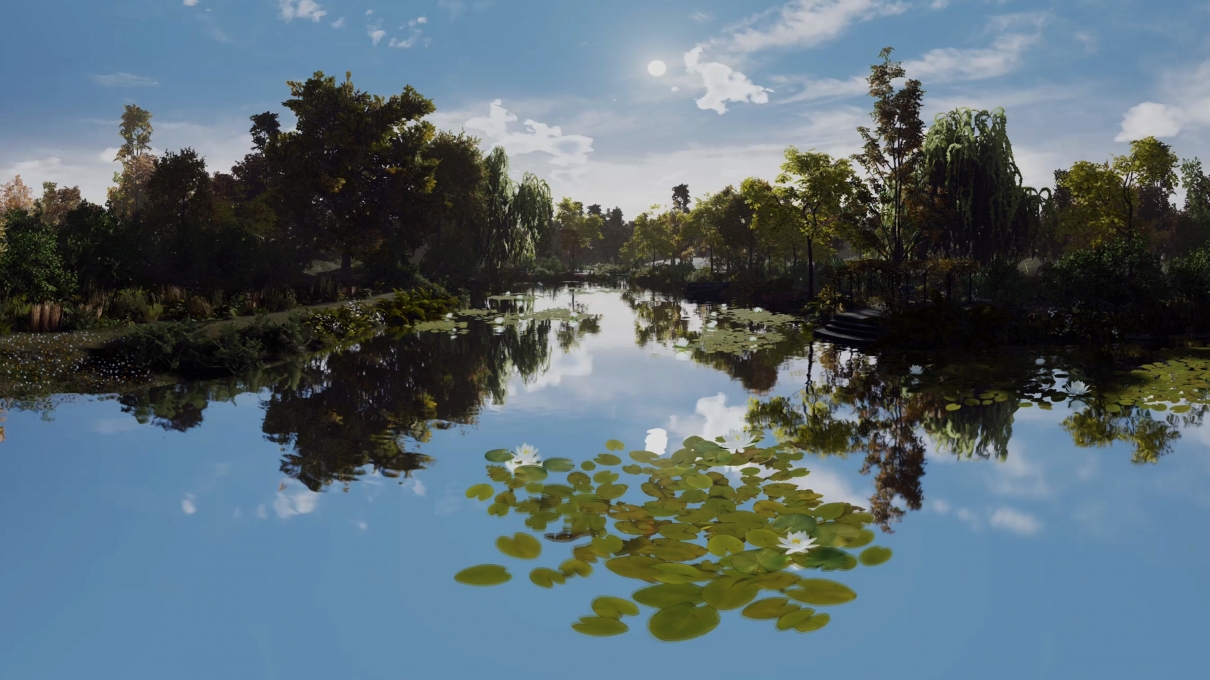 In 1883 painter Claude Monet first rented a house in the French town of Giverny. After purchasing the property and adjoining land, the artist transformed an existing small pond into a water garden with water lilies and a Japanese-style bridge from which he could observe the water and the flowers. From 1899 to 1926, Monet painted more than 250 scenes devoted to the water lily theme, which became what he himself called “an obsession.”

Through a dialogue between Claude Monet and his old friend, stateman Georges Clemenceau, this contemplative VR experience invites the user on a sensory journey starting off in Claude Monet’s garden, stopping along the way at the workshop of the artist and ending in the exhibition rooms of the Orangerie Museum. The user is given the opportunity to relive a perpetual renewal of nature, to explore time and space while immersed in the Water lilies paintings.

This experience is the first episode of the Arte Trips collection, an immersive series in major works of art, co-produced by ARTE.