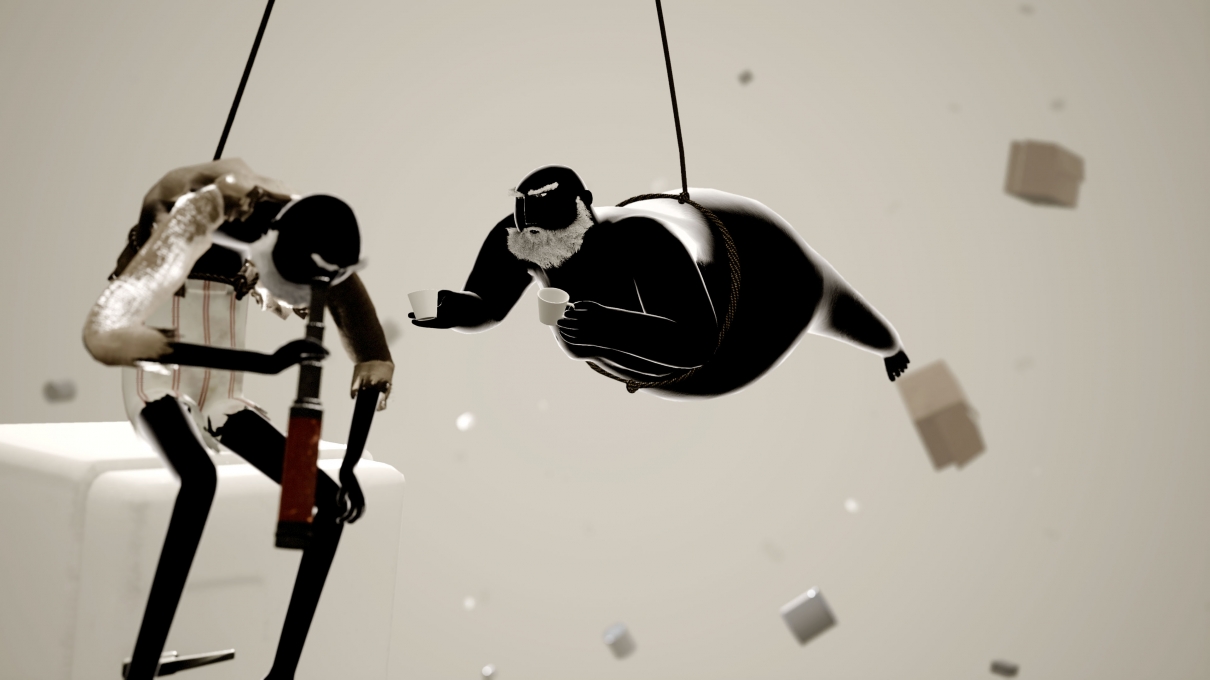 The four-day VRHAM! Virtual Reality & Arts Festival ended in the evening with the People’s Choice Award ceremony (winner: Gravity VR) and a concert in cooperation with the Schleswig-Holstein Musik Festival.

“Our experiment to move the festival for international VR art into virtual space has been successful”, said Ulrich Schrauth. The artistic director is delighted with the positive response of the national and international visitors and the great popularity. “Over 600 registrations on our website alone for the VR-glasses discount campaign in cooperation with grover.com and DKB, for Steam codes and activations, plus well over 2000 visitors who followed our opening on Thursday. Extrapolated to the four days of the festival, we currently expect more than 20,000 viewers on our channels including the Museum of Other Realities and Magenta VR,” says Ulrich Schrauth.

The People’s Choice Award for the best experience of the artistic programme goes to Gravity VR by Fabito Rychter and Armir Admoni. The two artists deal with falling and stage it as a peaceful floating in weightlessness. The VRHAMMY Award, already presented at the opening ceremony by an international jury of experts (Liz Rosenthal, Jesse Damiani, Kay Watson) with the kind support of the ZEIT-Stiftung, goes to The Key by Celine Tricart. A special mention was given to Daughters of Chibok by Joel ‘Kachi Benson.

Highlights of the program included the Artist Talk with the artists Michelle-Marie Letelier (The Bone), Christian Lemmerz (La Apparizione) and Michel Lemieux (iCarus), about the possibilities of VR art in times of physical distancing. In cooperation with Filmförderung Hamburg Schleswig-Holstein, the projects Captured and The smallest of Worlds – a Social Landscape of collected Privacy were presented as part of the residency programme. The CyberRäuber provided insights into their theatrical installation CyberBallett. VRHAM! VIRTUAL ended musically on 7 June: In cooperation with the Schleswig-Holstein Musik Festival (SHMF) and with the support of the NORDAKADEMIE-Stiftung, the work Tessellatum by Donnacha Denney was performed live by viola da gamba player Liam Byrne together with the musicians Johanna Ruppert (violin), Friedemann Slenczka (viola), Simone Drescher (cello) and Kristina Edin (double bass) at the festival hub and streamed to the Museum of Other Realities and on YouTube. The recorded VRHAM! concert from the Oberhafen will be one of three “Moondog concerts” to kick off the “Summer of Possibilities” of this year’s Schleswig-Holstein Musik Festival.

Numerous partners have supported the digital edition of the festival, which has been taking place since 2018. Ulrich Schrauth: “With VRHAM! VIRTUAL we have successfully explored the growing digital possibilities. Never before has there been a festival with encounters and social interaction in virtual space. With this edition we have created a virtual version of VRHAM! – including a great virtual location designed by INVR.Space – which will grow with us and gives us the chance to create a complementary digital VRHAM! Festival for all upcoming physical editions.”

The 18 experiences from the artistic program can be experienced in the Museum of Other Realities and via the Magenta VR app until 4 August 2020.

The fourth VRHAM Virtual Reality & Arts Festival will take place as a physical festival most likely at the beginning of June 2021 in Hamburg’s Oberhafenquartier.