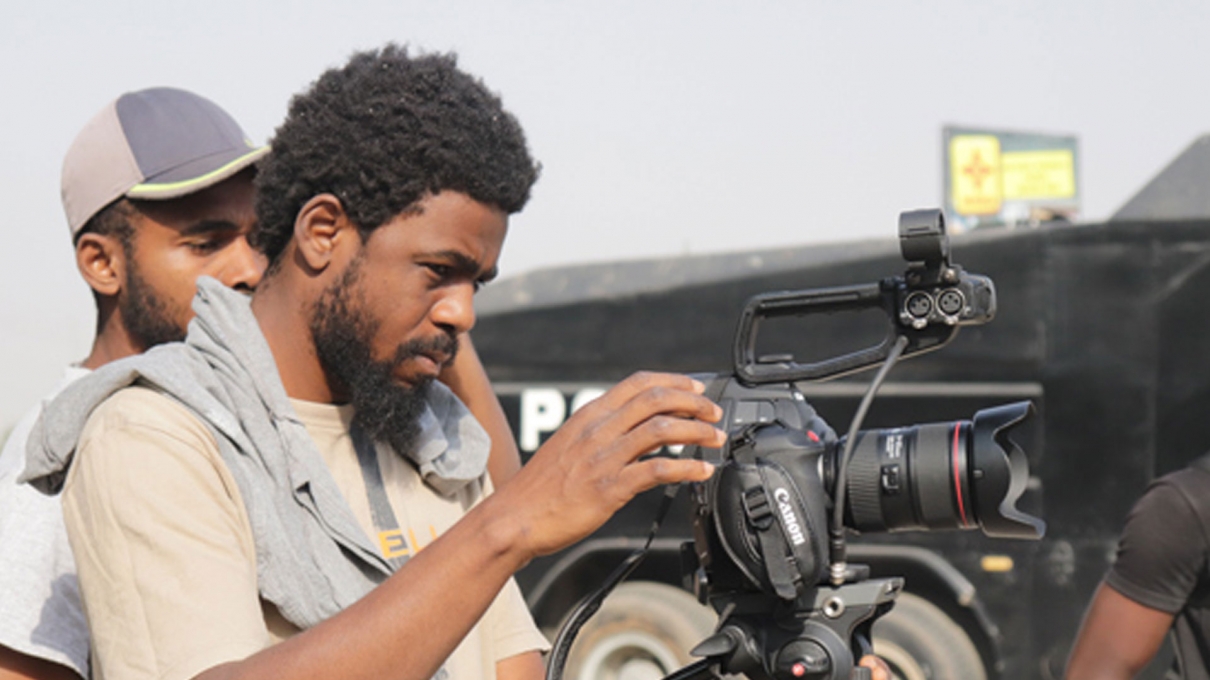 The project Daughters of Chibok, which was awarded the Golden Lion for the best VR story at the Venice Festival in 2019, is running in the VREXHIBITON section. The Nigerian director Joel ‘Katchi Benson takes the audience with him to the place of action:

VRHAM! VIRTUAL: How and when did you come up with the story of Daughters of Chibok and chose to share it with your audience?

JOEL KATCHI BENSON: On April 14th 2014, 276 girls were kidnapped from a school in Chibok, Nigeria. When that happened the whole world was shocked. We had never seen anything like that in the country. And obviously there was a lot of conflicting reports about what happened, also a lot of denial on the side of the government. As a storyteller I was always curious to find out more about this story, but I couldn’t go there, because Chibok is really far and kind of high risk as well. Last year I had an opportunity to visit Chibok while I was making another documentary. I was like “Where are the mothers of these girls?” and I met one of them, Yana. We spoke and spent some time together and I decided to make a documentary about the lives of these women and what they were going through for the past five years.

VV: Why did you chose to do it as a 360° VR film instead of a conventional documentary?

JB: After speaking to that woman the question was: How do we tell this story? One of the things that I have noticed or that is said about VR is that it has the ability to take you to places that you ordinarily would not be able to get access to. And Chibok is one of those places. It’s remote and high risk to go there, but we can take people there with virtual reality. That’s what I wanted to do, I wanted to take people to Chibok, to see what I had seen, experience what I had experienced. There is no better medium to use than 360 VR. 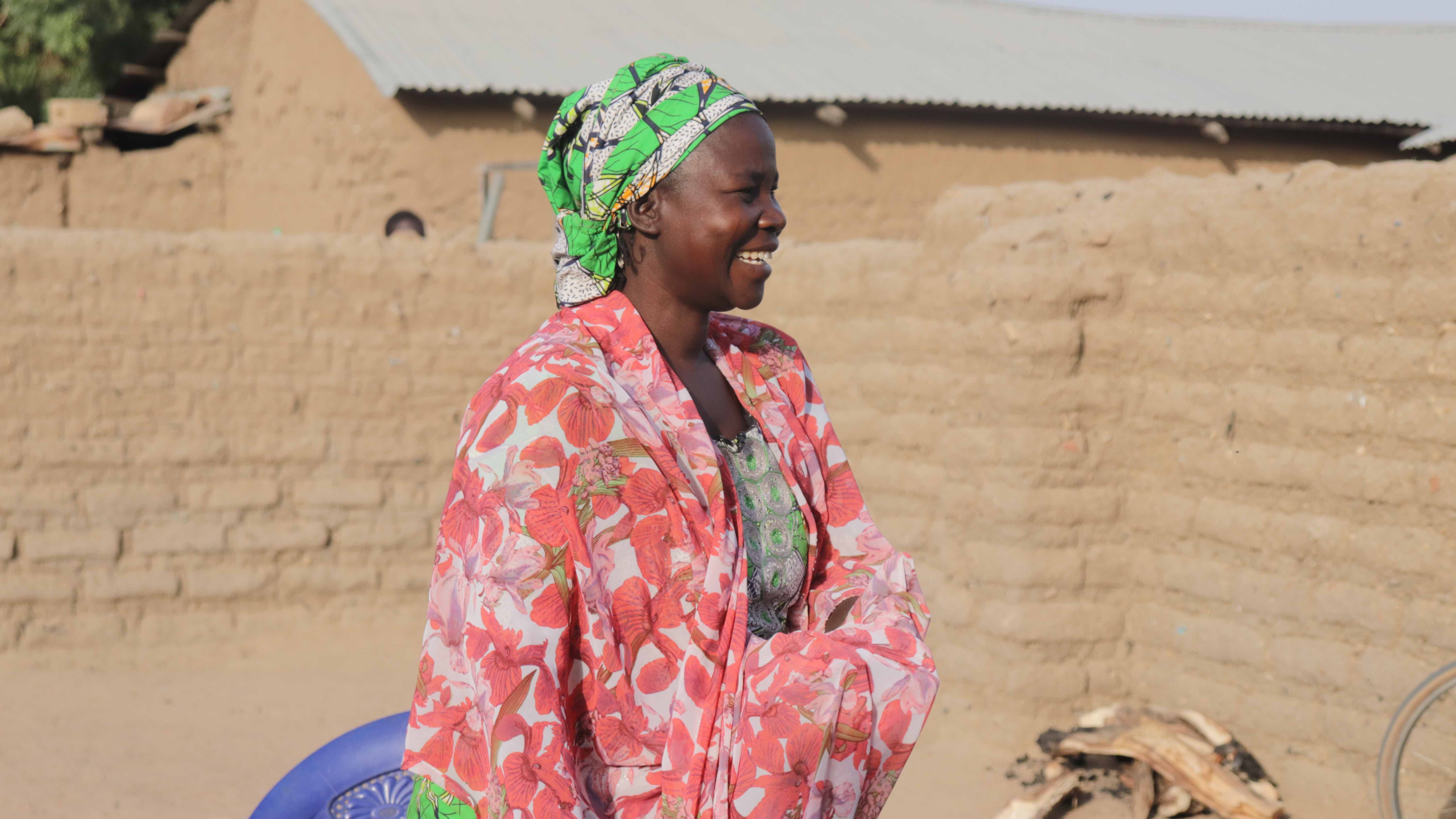 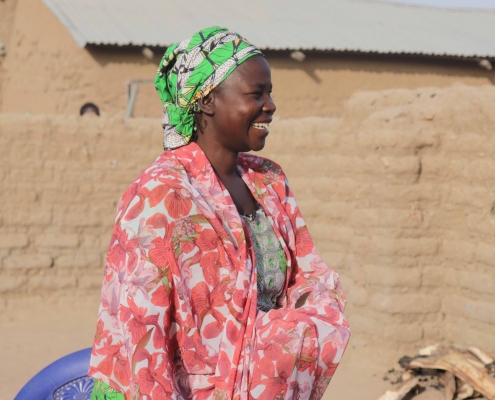 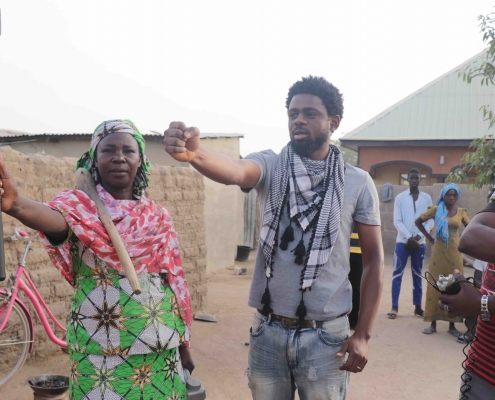 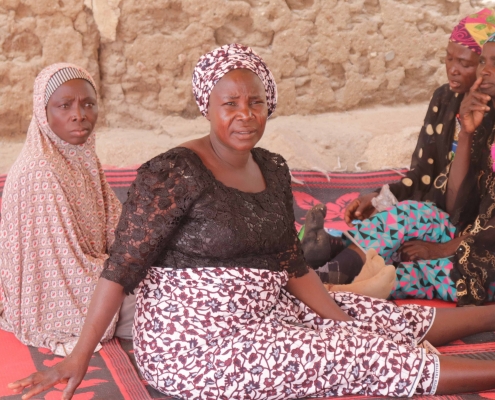 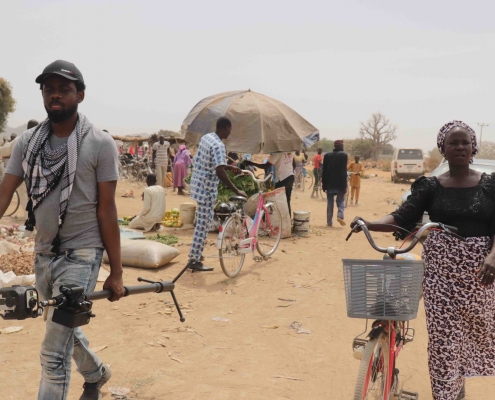 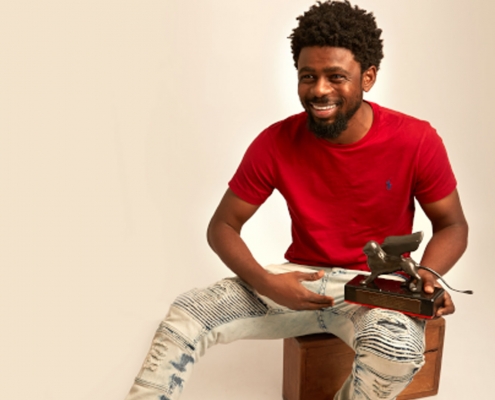 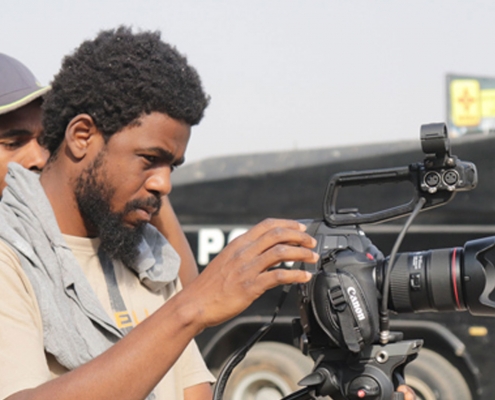 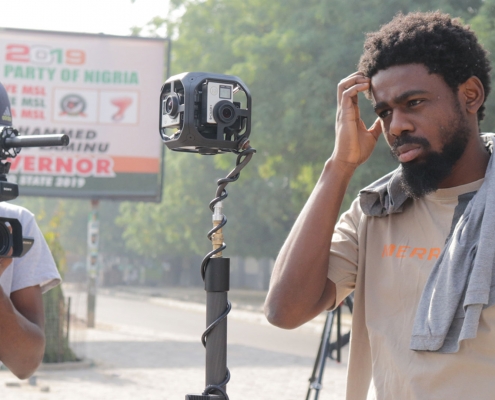 VV: What is the impact of your VR experience?

JB: Daughters of Chibok is one of those projects that change your life as a filmmaker. Originally the intention was just make the film, raise some money for the women so that they can go back to their farms and continue with their lives, just a little bit better. We didn’t know it was going to go that far. Next thing you know: We’re in Venice and I’m holding the Venice Lion in my hands as a winner, which was very surprising and unexpected. And as a result of the press and the media, we were able to take Yana to New York where she attended the United Nation General Assembly last year, she met with the executive secretary of UN-Women, she met with officials from Facebook, from Ted, she was on CNN. There was so much love and support for her. And when we came back to Nigeria we were able to get people to support her in her community.  The biggest support we had seen was a woman who said to me: “Do they have power in Chibok?” and I said no. And she said “Ok, we’re going to give them power”. She was able to donate portable solar kits and we were able to power about 120 homes of women who have young kids that are still in school. And for us that was really symbolic because the kidnap of these girls was a statement by Boko Haram to say that women and girls should not be educated and our response was to support women who want to send their kids to school, so that their kids can get an education, especially the girls. We’re really working hard to raise funds so that we can support each of the women in some little way, so that they can feel that the world hasn’t forgotten them.

VV: What do you think about exhibiting your work virtually instead of in a physical festival?

On the one hand I will miss being able to give a high five and to hug people, I will miss the human contact. But on the flip side what you’re doing with VRHAM! is a testament to the ingenuity of the human mind. You could have easily just said: “There’s a lockdown, let’s move this to next year”, but you’re doing it virtually. And I find that very inspiring and I am actually very curious and want to see how this turns out. I can’t wait to wear my headset and join you from Nigeria. That’s the beauty of Virtual Reality