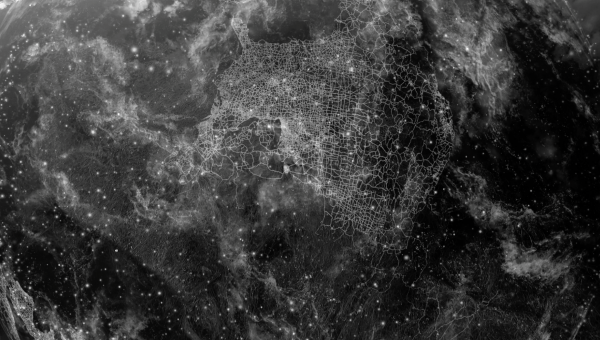 An invocation of the languages that have gone extinct and an incantation of those that are endangered. In collaboration with VR pioneer Nonny de la Peña and Emblematic Group, Herzog has created an immersive VR oratorio in three parts. Each part will be comprised of its own standalone VR experience and embody three distinct expressions that viscerally answer the question of how to tell an extinction whose form is silence.

With the support of the Endangered Languages Documentation Programme at SOAS University of London, The Smithsonian, The Rosetta Project and over a dozen other world archives and the generous help of The Simons Foundation, Herzog and her team created a spatialized sound composition from the world’s greatest linguistic archives.

How can one address an extinction the form of which is silence?—Making what has gone silent alive and present to us. Binaural or 8.1 (octophonic) sound projection is perceived by the human ear as distinct and genuine 360 degree immersive soundscape. Such immersive sound environments prompt the brain to perceive these voices as “present.” Created using the Unreal game engine, each language in the experience is anchored within the 3D space to a beacon of light that represents the geographical location on the globe where that language originated from.

Animation and imagery in LAST WHISPERSis precise and abstract at the same time. The locations of the languages, marked with pulsing dots, are GPS tied on the contours of the continents and countries. Yet the real topography of the globe is substituted by the “digital quilt blanket sewn” from satellite photographs of catastrophic climate events reflecting one of the reasons for human migration and dislocation, including a linguistic one.

The trajectory of these vanishing voices begins far away, like a distant echo. This chorus comes closer and closer and then envelops the visitor. The “others” become familiar and real until the visitor falls into breathing with them at the last exhale.

It is the first VR of it’s kind that transports audiences into a virtual landscape composed of the fabric of vanishing voices accompanied by original animation that poetically links image and sound. LAST WHISPERS is co-presented by UNESCO, who, along with the UN General assembly, have declared 2019 The Year of Indigenous Languages. The 360 version of Last Whispers was shown at the John F. Kennedy Center in Washington DC to 500 people in a synced screening at the Terrace Theater which was presented by the Smithsonian.