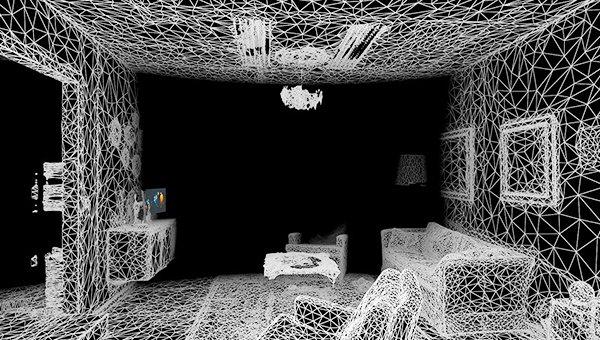 A unique combination of theatre and Virtual Reality. Schauspiel Dortmund and CyberRäuber create an immersive, interactive virtual space based on the production “Die Borderline Prozession” by Kay Voges.
Whereas the three-hour play aims at overwhelming the audience with the concurrency of inconcurrent events, by employing acting, setting, text, and music, this VR experience is a tale of recollection and transience: walls and textures are in an advancing state of decay. In the background there is music and text, videos of scenes that might have taken place in these rooms, scenes from the theatre production showing life in all its range in contrast to the transience of the virtual world.
Designed for the virtual reality, “The Memories of Borderline” establishes a new hybrid art form: the connection of fine arts and media arts, gaming and performing arts. It explores the possibilities of theatre in the context of new technology and paves the way for novel narratives: the users become their own narrators.