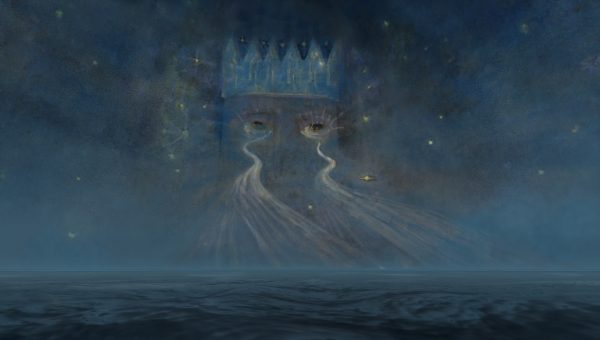 TRAIL OF ANGELS is a double tribute to the precursor of multimedia art, and one of the greatest pioneers of all abstract art in Europe – the most outstanding Lithuanian creator, Mikalojus Konstantinas Čiurlionis, who broke boundaries between different art forms in order to create a whole new world based on his own cosmogony. Explore a mysterious afterlife world based on Čiurlionis’s paintings and music by observing and interacting with the artist’s magical universe.  Starting the journey as a human being, the viewer soon realizes to have become one of Čiurlionis’s angels, contemplating states of Life, Death and Unity with the Universe.