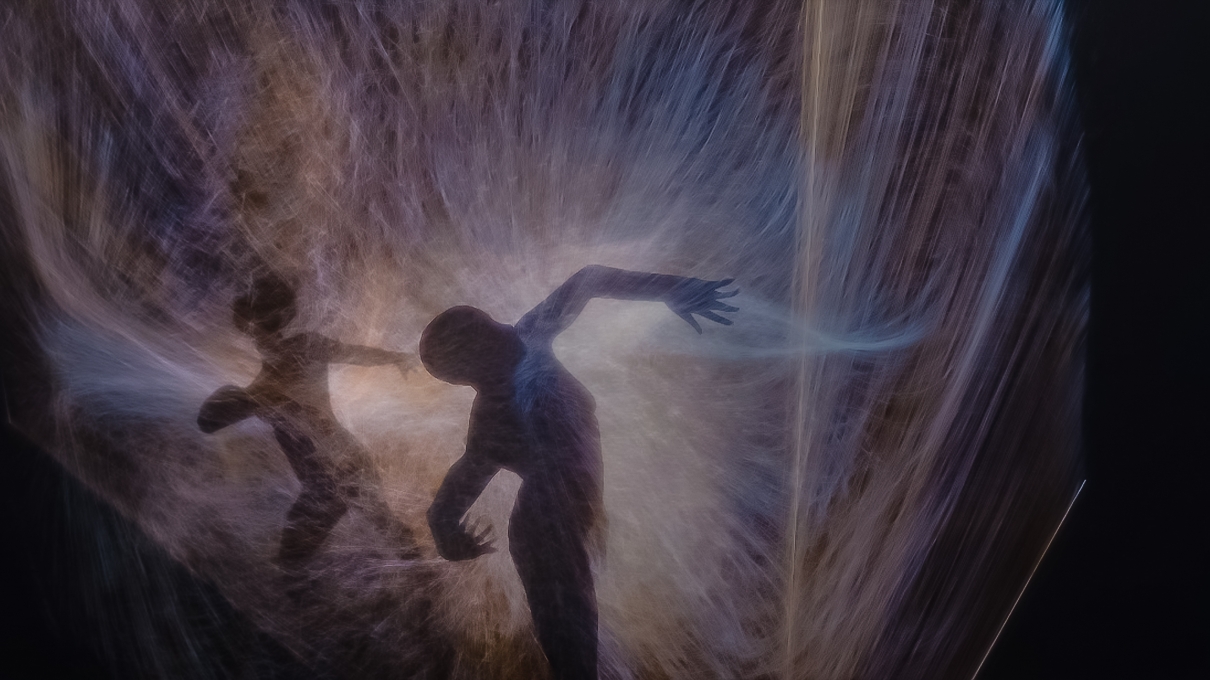 The 2021 VRHAM! Virtual Reality & Arts Festival takes place as a hybrid festival edition. From 4 to 12 June, the latest virtual and augmented reality artworks will be shown worldwide via the VRHAM! VIRTUAL venue, created by Berlin based VR Studio INVR.SPACE, as well as on site in Hamburg’s Oberhafenquartier.

“We are very pleased to be able to present VRHAM! to bring a little festival flair back to Hamburg at the beginning of June. A festival for virtual art also feeds on encounters and exchange, all of which we missed very much last year. We are sure that with our combination of virtual (VRHAM! VIRTUAL) and physical venue (Hamburg Oberhafen) we will offer all visitors in Hamburg and worldwide a broad and exciting art experience”, says Ulrich Schrauth, Artistic Director.

18 artworks from 15 countries have been selected from over 200 submissions for the VR EXHIBITION, VR CINEMA (in cooperation with and IMMERSIVE INSTALLATIONS. Among them are works that engage with transcendent experiences of nature (The Forest Inhales You), future worlds (Aporia), approaches to historiography and the culture of memory (Reeducated), and dive deep into the private and the intimate (The Hangman at Home). With his project Chaotic Body, created as a response to the COVID-19 pandemic, British choreographer Alexander Whitley explores how dance can exist in a purely digital form and human movement can be visualised through an engagement with digital technologies in augmented reality. Chaotic Body will be shown during the VRHAM! Festival exclusively in Hamburg’s Oberhafen. This year’s country focus is Canada, where VR is highly regarded as an art form. A total of four works by teams of artists from Canada will be shown as part of the programme, including the installation Forward by Studio Iregular, on site in Hamburg.

The digital opening ceremony takes place on 4 June (19:00). It will feature talks, live music and the presentation of the VRHAMMY Award. Worth 5,000 euros, it will be awarded to the best international VR production of this year’s exhibition programme. It is presented with the kind support of the ZEIT-Stiftung Ebelin und Gerd Bucerius, in the presence of the artists and the international jury of experts (Caroline Monnet, artist and director; Manuel Rossner, VR artist; Tricia Tuttle, Festival Director, BFI London Film Festival). At the end of the festival, a group of artists will have the opportunity to pitch their projects to a jury of experts. With the support of Filmförderung Hamburg Schleswig-Holstein, the winning entrant, who will be announced at the Closing Ceremony, has the chance to receive up to 10,000 euros in funding for concept development.

Complementing the on-site activities, an extensive discourse programme with keynote speakers, artist talks and panel discussions will be made available online via the various VRHAM! Channels, with or without VR glasses. A large number of events will take place within the framework of VRHAM! FORWARD, a program exploring virtual and augmented reality in the performing arts. VRHAM! FORWARD is funded by the Fonds Darstellende Künste, with funds from the German Federal Government Commissioner for Culture and the Media. It is implemented in cooperation with the Institute for Futurology (ITZ) at the Zimmertheater Tübingen. As one of five partners in the EU research project REAL-IN, VRHAM! also invites you to a full-day convention on interactive and digital art on 11 June. The conference will be opened by Brigitte Zypries, former Federal Minister for Economic Affairs and Energy.

This year, VRHAM! will be taking to the streets with a poster and advertising campaign. Using a QR code, Hamburg residents can immerse themselves in the virtual world while walking through the streets before the festival begins. Keep your eyes open!

The physical VRHAM! Festival, in Hamburg’s Oberhafenquartier, can be visited by booking a fixed ticket and individual time slot for the VR EXHIBITION (60 minutes, freely selectable artworks) and the VR CINEMA (30 minutes, pre-curated programme). Alternatively, the entire festival programme can be followed live from the comfort of your own home using a laptop or PC, mobile VR glasses or high-end VR glasses. The necessary VR equipment can be rented for a limited time at a reasonable price from VRHAM! and collected during the festival period. Access to the digital festival edition is via the festival app VRHAM! VIRTUAL. In addition, most of the artworks can be experienced via the interactive app Magenta VR by festival partner Deutsche Telekom. In addition, streamed museum tours, video footage, 360 video films and interviews with the artists as well as all panel discussions, workshops and live acts – including the opening and closing ceremonies – will be broadcast on the VRHAM! YouTube channel from 4 to 12 June.