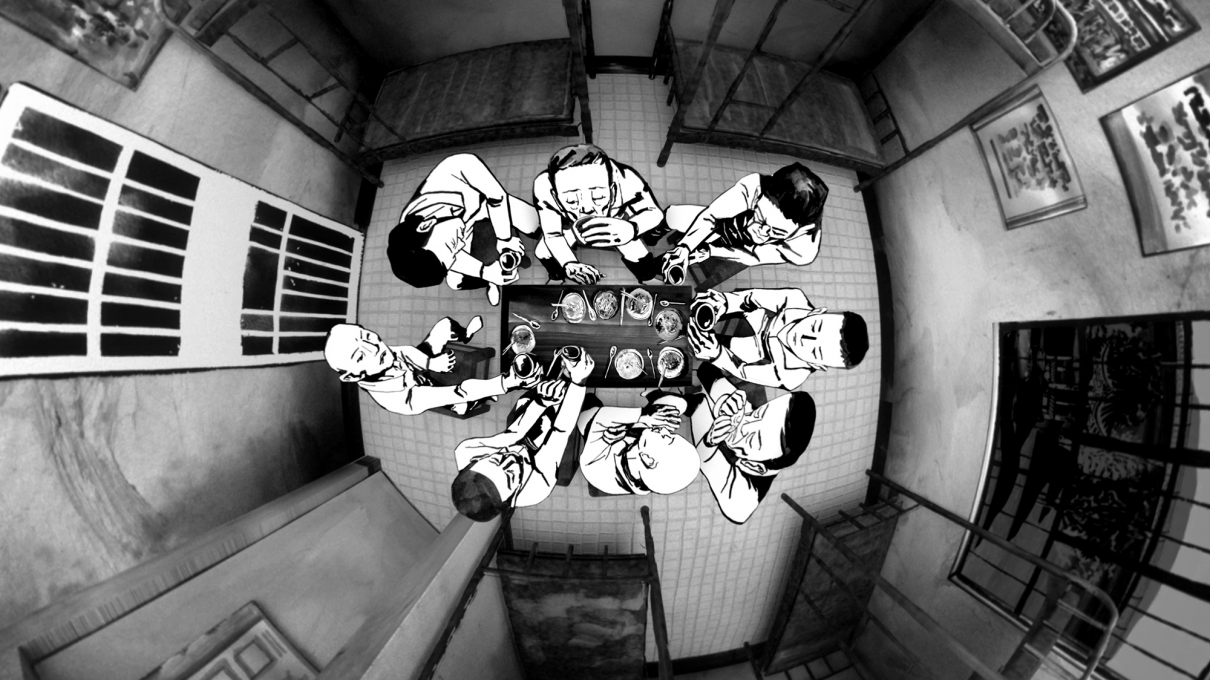 The VR documentary Reeducated by Sam Wolson has been honoured with the VRHAMMY AWARD 2021. Michelle & Uri Kranot received a Special Mention for The Hangman at Home.

Produced by “The New Yorker”, this VR documentary takes viewers inside one of Xinjiang’s ‘reeducation’ camps. Since 2016, authorities in the autonomous Chinese province have implemented one of the most advanced police states in the world. By 2018, as many as one million people were held in a vast network of ‘reeducation centers’. It is likely the largest mass-internment drive of ethnic and religious minorities since the Second World War. Using hours of first-hand testimony, combined with hand-drawn animation, the recollections of three former inmates imprisoned in the same facility guide us, reconstructing the experience of detention and political reeducation in an immersive three-dimensional space.

The jury awarded a special mention to The Hangman at Home, praising its poignant storytelling. “The artists’ use of immersive techniques implored the audience to become fully immersed and investigate the environment to unlock its secrets. We loved the use of perspective – from the spectator’s changing position, to the protagonists’ direct gaze at the viewer.”

An animated VR experience exploring themes surrounding acknowledgement and the awkward intimacy of humanness, The Hangman at Home is constructed through five interwoven stories. Each situation presents a person, or persons, in a delicate moment: fragile, playful, terrified, contemplated, confused, curious… We can all be alike in these moments – prompting us to question our responses and responsibilities. The project is based on Carl Sandburg’s poem ‘The Hangman at Home’, from his acclaimed 1922 collection ‘Smoke & Steel’.