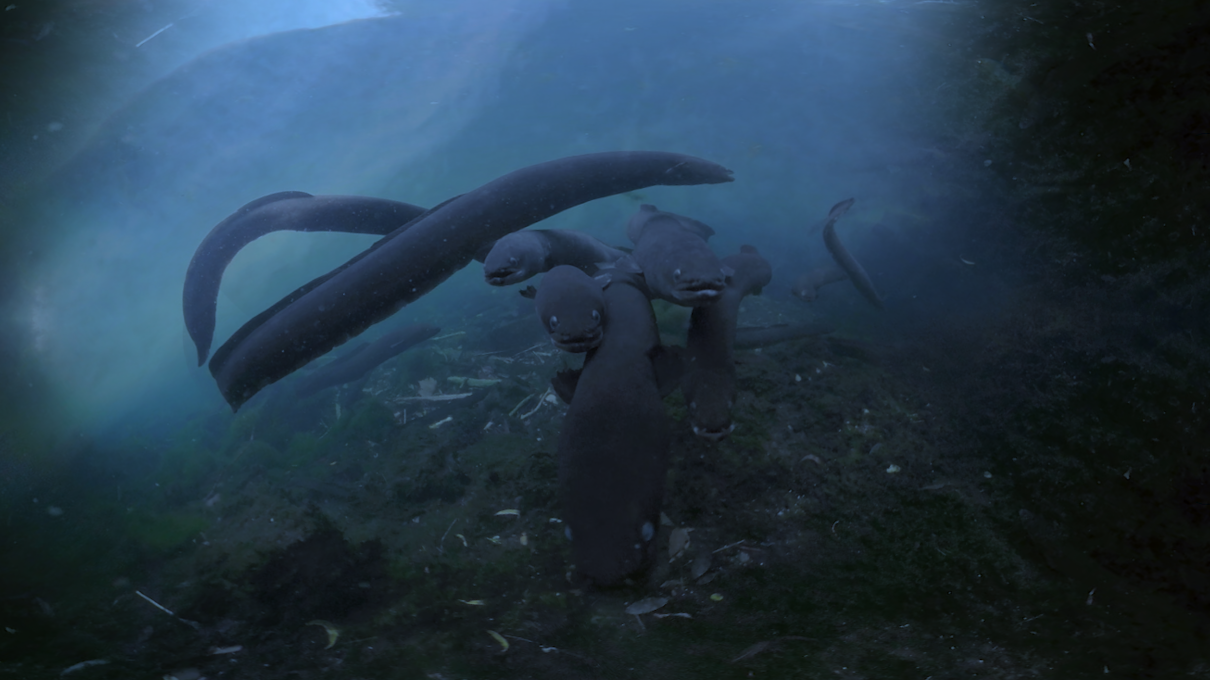 Oceanic Feeling is a VR 360° exploration of the curious historical connections between the critically endangered European eel, Sigmund Freud, and our pathological relationship with the natural world.

The life cycle of the European eel has long confounded scientists. In 1876, Sigmund Freud joined Aristotle and countless successors in a failed attempt to locate the eels’ reproductive organs and determine their mysterious provenance. At the same time, the accelerating industrial revolution was triggering the unprecedented destruction of the natural world, following a logic of capitalist growth that remains largely unchallenged – despite spiralling ecological crises. Oceanic Feeling combines spoken passages of Freud’s writing with an immersive first-person depiction of the eels’ journey through oceans and waterways atrophied by human expansion to explore this curious historical parallel and suggest new ways of thinking about our dysfunctional relationship with the more-than-human world.