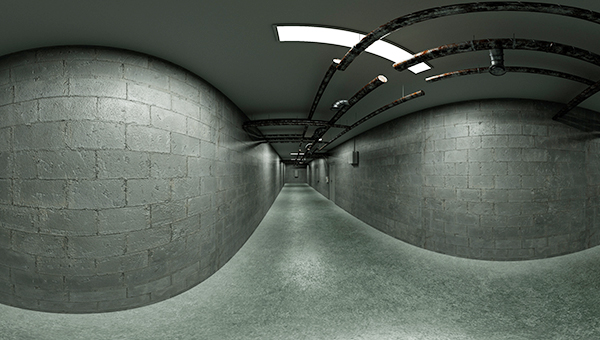 An immersive, verbatim 360° documentary about the Canadian immigration detention system. The artwork employs the practice of Verbatim Theatre and techniques and technologies of 360° Cinema to present the events surrounding the death in 2013 of migrant Lucia Vega Jimenez while in detention with the Canada Border Services Agency. The main objective of the project was to question what is visible in the Canadian migrant detention system by looking at its out-of-sight bodies. Research started with an examination of the Forensic Architecture collective and obtaining materials that would articulate Lucia’s story.
Videos available online demonstrated the architecture of detention center, which served as the initial core evidence representing the constraints that detained migrants face. Reading the coroner’s inquest transcriptions allowed the many traces left behind in Lucia’s case to appear and build the story. The forensic gaze of 360° film and verbatim theatre combined are the artistic substrate of a digital immersive experience of enactment that merges theoretical considerations of networks, assemblies, and appearingness with the lived experience of Lucia.