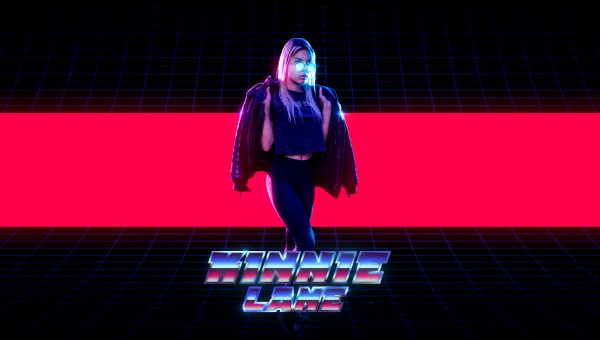 The musical style of French artist “Kinnie Lane” sounds very similar to 1980s pop music. Repeating synth patterns, straight drum lines and lots of reverb on the vocals are characteristic for this style. Thus my concert for this artist is referring to the aesthetics of that era. Animations of analogue graphic computers (Scanimate) and early, very rudimentary digital computers are my inspiration for the concert’s visuals. This style is currently trending again; however, it is not yet common in VR. I try to make it tangible and perceptible.
In early computer games of the 1980s movement was of central importance. The idea of going on a journey with an artist during their concert appealed to me right away. Unfortunately, movements not initiated by the users are very complex to realize in VR since they can interfere with the sense of balance and lead to nausea. Precise reference points moving in synch with the user are important to prevent disorientation. In my concert, this reference point is a truck on which the users ride through different settings. The artist is on top of the driver’s cabin, performing for the audience located on the loading area of the truck.